Infant Care: When Should My Baby Start Teething? 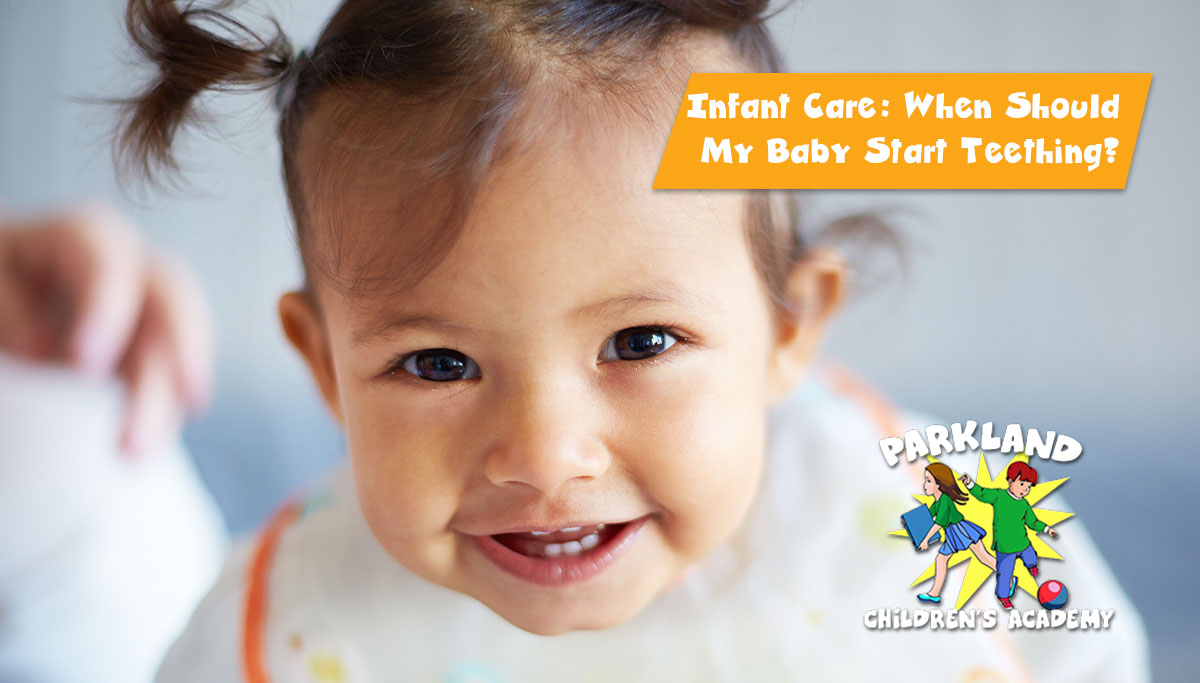 Did you know that teething has got nothing to do with your baby’s milestone development and that each baby’s teething pattern may be different? Do you realize that some babies may show teething symptoms from as early as two to three months, with teeth only appearing between four months to one year?

At Parkland Children’s Academy, we find that infants typically start teething between four and seven months, with the average being about six months. At our infant care facility, we encourage parents to relax in the knowledge that no matter when the teeth appear, or what order they appear in, their babies are developing normally and should have a mouth full of teeth by the age of three.

When Should My Baby Start Teething?

Although most teeth appear by a certain age and in a typical order, don’t be alarmed if your baby’s teeth don’t appear exactly as the textbooks say. No matter what order they come in, most toddlers have cut all their baby teeth by the age of three years. The most common order of appearance, with the bottom teeth, usually appearing before the top is:

Signs That Your Infant May Be Teething

How To Sooth A Teething Baby

A lot of parents say that they were unprepared for this difficult season in their baby’s life. Apart from pain relievers that must only be given when prescribed by medical professionals, other ways to soothe their painful gums and make them comfortable are:

Parkland Children’s Academy is a family-orientated facility that provides specialized, separate infant care for infants from six weeks to twenty-four months. Our caring, qualified staff are happy to answer any questions and take you on a guided tour of our facility. Contact us on (954) 688-5877.

Spread the love
PREV NEXT