The Evolution of Daycare 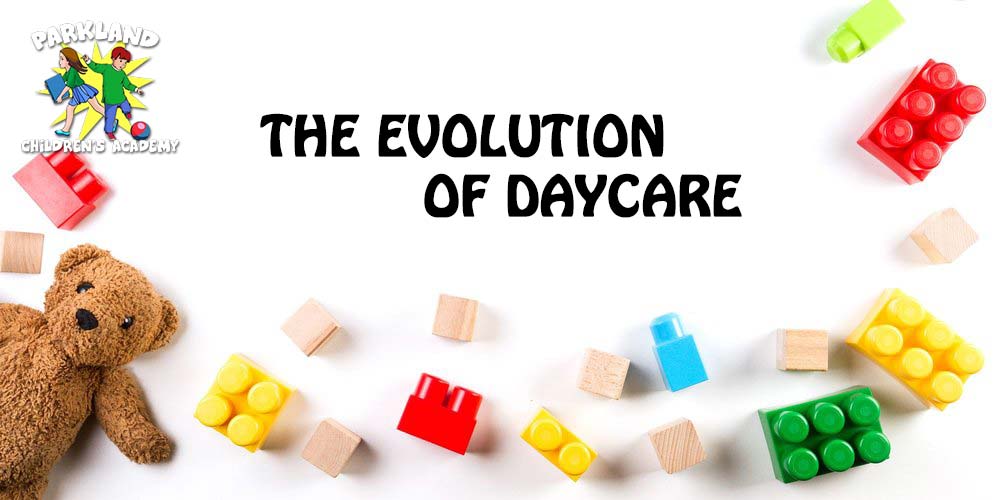 It’s hard to imagine a time when educating young children was not a priority, but for many years young children were considered property and education, a luxury. In recent years governments and parents alike have emphasized the importance of early childhood development, starting as early as infant daycare. Here we discuss the leaps taken in early childhood development and focus on how daycares have changed over the centuries.

A Brief History Of Children’s Education

Throughout history, different societies educated their young differently. In the U.S.A many factors such as religion, industrialization and modernization have influenced how and what we teach children.

Our experienced teachers at Parkland Children’s Academy help your child develop skills through creativity, discovery and exploration. The skills your child learns during daycare can greatly impact their ability to perform in ‘big school’. Going back to work after having a child or even introducing your child to new people can be difficult for any parent.

A good child care provider can help ease the adjustment process and lay a fruitful foundation for your child’s future. Contact Parkland Children’s Academy to find out more about our curriculum and how we can be of service to you and your family.